Typolar® Ty® Typolar
Fonts Custom Type Licenses About Cart
F Fonts
C Custom
L Licenses
A About
S Cart
In short Walmer Marker typeface turns the inviting hand writing style used at local groceries and food markets into digital use. This writing practice disappeared in early 90s when it was replaced by printed price tags and posters. This change also disposed the strong feel of independence and craftsmanship that hand lettering brought into athmosphere and identities of small corner shops. With Walmer Marker one can reviwe that feeling and almost smell the fresh baked bread from its letterforms. By Jarno Lukkarila 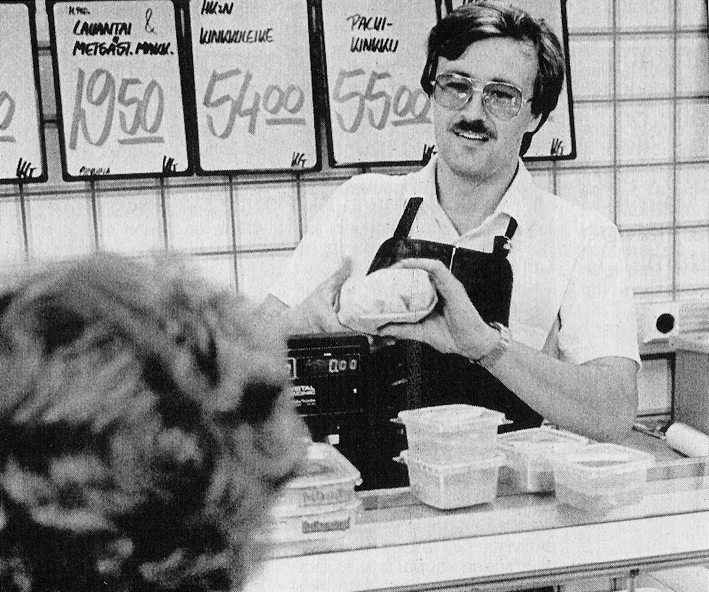 Before back room printers and system fonts a rich brach of everyday calligraphy existed at grocery stores and super markets. For decades lettering, done by amateur scribes like shop keepers themselves, was used to make price tags on shop shelves and window posters announcing sales on a daily basis. Besides of that practical communication, writing style also worked as a signature for each store. It was marketing done by marker pens. 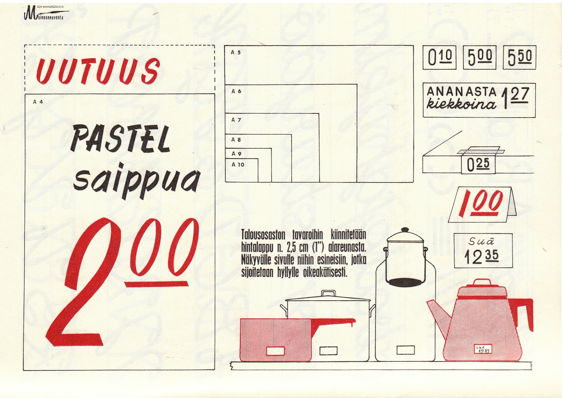 The writing followed certain rules which constituted the style in common for all writers. Yet everyone brought his or her personal mannerisms into texts to season the looks and making shop interiors unique. The rules kept lettering uniform and speeded up the process of writing. Arces are straightened into almost straight strokes connected with angles. This execrated the construction of the letters and leaved components of letters visible, an feature was further enforced by typical miss alignment of the parts. However, as any handwriting, it took a waste amount of practice to master the technique fluently. Some did it well, while others relied more on their personal charisma in lettering style. At it’s best the marker pen lettering was a combination of ambitious writing skills together with delightfully personal letter forms.

Strokes were typically done from bottom to top and with a nip angle flipped from classic calligraphy. Quickly drawn lines formed a kind of Broken Script where a corner often appears between the curved lines. In a continuous writing some connection points changed into a pointy curves when two strokes were drawn in a single stroke. Just as it happened for Roman letterforms in unofficial handwriting in the 15th century. This kind of italicization puts an attractive beat into marker pen lettering.

Lettering from a marketing handbook by SOK around 1960s 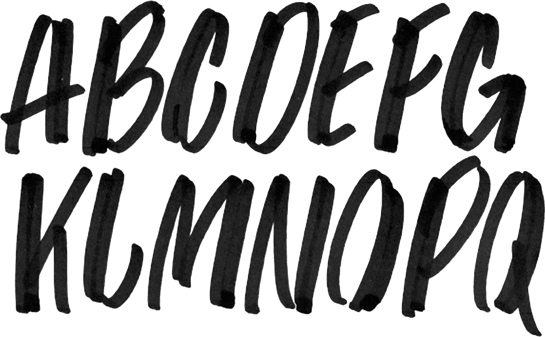 Some handwritten originals behind Walmer Marker introduced contrasting letterforms. Against the classical use of calligraphic pen, marker pen is turned to achieve equal stroke widths when drawing. Line contrast is created by doubling the vertical stems.

Typically posters and price tags were written of glossy paper, which kept the color intense and left the ink fragrant for quite some time. The feel of materials and writing equipment were undeniable in the end results. It was like the story of its production was written on the product itself. That’s how we wanted to build Walmer Marker typeface. Its tangible handmadeness is due to real hand lettering behind the typeface. To get the correct mundane feel, Typolar teamed up with an experienced marker pen scribe, who run a grocery store back in 70s and 80s. An eminent result of the collaboration are for example the three iterations of each letterform, which constantly change throughout the text*. Just as in handwriting no adjacent alphabets are identical.

Walmer Marker is made for print and web. We have meticulously optimized its live letterforms for screens and rendering technologies. It makes a fresh addition to many polished and templetized script fonts allowing the letterforms be rather un-disciplined like in real black marker lettering. This gives Walmer Marker an unmistakeable un-pretentious look, which simultaneously reflects the professional craftsmanship behind its forms as well as writer's casual attitude towards the substance.

Walmer Marker Pro makes use of an OpenType feature ’calt’ (contextual alternatives) to enforce its handwritten appearance. The feature changes three glyph variants in text giving it a further handwriting likeness. Calt is typically switched on by default. When it is turned off, the typeface will function just like the normal OpenType font. Support and handling of OpenType features is application specific 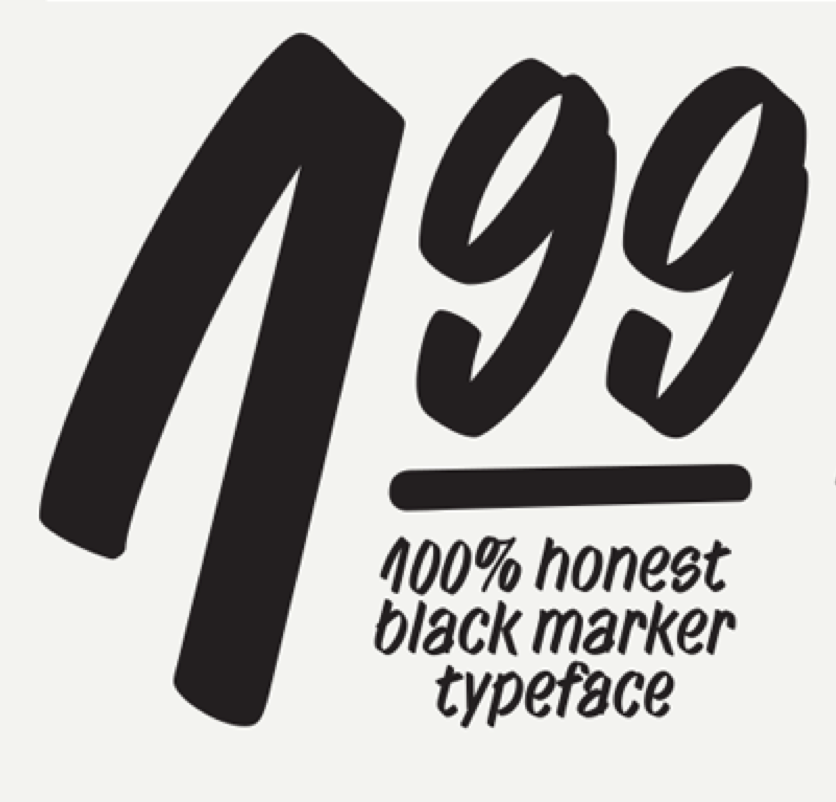 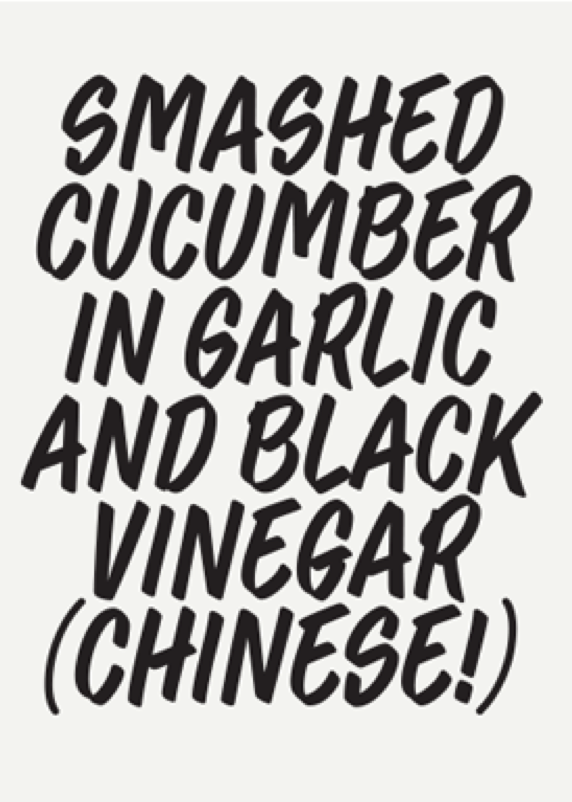 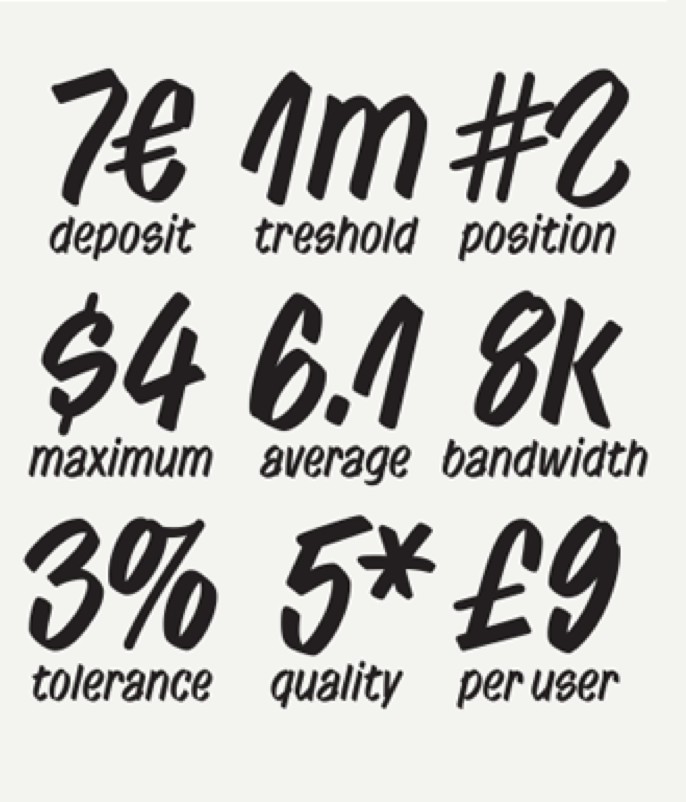 ©2021 Typolar Ltd. All Rights Reserved. Typolar holds rights to all material at this website unless stated otherwise. Logotypes are property of their respected owners.
Cookies

At this website we use some first party cookies, that are mandatory for our websites performance. Functional cookies make your experience fluent by enabling features like shopping cart and saving user setting during your session. Analytics cookies collect essential data about how many visitors use the website and how it is used. The data we receive from cookies is anonymous and it is saved upto two years. We are not using third party ‘tracking cookies’ for marketing retargeting.

Some contact information is collected, when either subscribing to a newsletter or acquiring our products. This is needed to make product licenses and delivering goods correctly. All personal information is handled according to EU’s data protection laws (GDPR).